Is Your Sportsbook Ready for the World Series?

October is nearing, and this means that baseball betting fans will be getting ready for the World Series. As a bookie, you will find it easy to set up MLB games through your sportsbook pay per head software. If you want to know more about earning through a sportsbook, check out the best sportsbook tutorial you can learn from.

The Major League Baseball, or the MLB’s World Series is the biggest sports event in North American baseball. A lot of action in your sportsbook can come from offering futures wagers. This will be the result of 162 games played in half a year’s time. This postseason event is made up of different qualified teams. 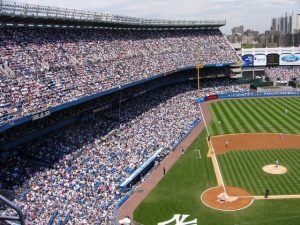 The World Series is basically the best of 7 series between the teams that will win the American and National League. Both leagues will have an East, West and Central division. Each of these divisions will have 5 teams each. There are also two Wild Card teams from each league, totaling four. Wild Card games will be a battle between the top two best performing teams aside from division winners. The winner of the game will join the postseason.

Now, the remaining eight teams will play against each other. The team with the best record will play against the wild card for each league. There will be a 2-2-1 format for the series, and this 5-game series will then progress to the League Championship Series.

The League championship series will then be between the four remaining teams with a 2-3-2 format. Then the final two, which will be the World Series. Whoever wins, will get the Commissioner’s Trophy. As one can plainly see, getting into the postseason alone will have enough games for a bookie to earn on. And with a good PPH sportsbook, you should be starting as early as now. Take in wagers for Wild Cards, Division Champions, League Champions, all the way up to the World Series. Offer wagers for each game in the series. Add in some prop bets for each game. With the MLB alone, your players will have hundreds of wagering options available in the months to come.