Manny Pacquiao is still fighting big bouts at age 40. The Senator from the Philippines will be fighting the undefeated WBA welterweight champ, Keith Thurman. The Pacquiao vs Thurman fight will take place on July 20 at the MGM Grand Garden Arena.

If Pacquiao wins the fight, it is proof that he’s the best 147-pound boxer. Also, it will make his legendary career greater because he is against a fighter known for his power, speed, and technique.

Although Thurman is 10 years younger, he is not taking the 40-year old boxer lightly. One Time predicts he can knock out Pacquiao. Also, he intends to make the Filipino boxer retire. Perhaps, Pacman will consider learning how to be a successful bookie if he loses to Thurman. 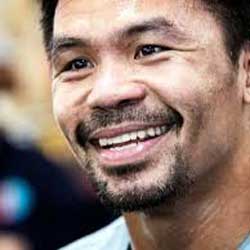 Thurman hasn’t stopped trash-talking Pacquiao since the announcement of the fight. He said he’s going to put Pacman to sleep with his power. In addition, he said Pacquiao can’t do anything with his T-Rex arms.

On the other hand, Pacquiao brushed off the offensive words from the champion. He said that it is just business and doesn’t take it personally. Fighting is their job and both of them have something to prove.

The Pacquiao vs Thurman fight will happen in the gambling capital of the world. If you want to know how to be a sports bookie, you can find many experts there. Thurman confessed he placed a huge wager on himself to knock out the people’s champ.

He said he bet on himself to win via knockout in the opening rounds. His strategy will be to go for the kill early and not allow the old guy to go all the way. At stake is the WBA welterweight championship.

Pacquiao has the secondary version and has never held the full title in his storied career. He had a shot at it but failed to win against Mayweather in 2015.