For the first time since 1974, sportsbook software experts were seeing something new: the Milwaukee Bucks may actually get to the finals. Basketball tutorials teach you to look at a team’s history, but when becoming a bookie, you see teams that would surprise us in a particular season. And your software sportsbook is not showing an error. The Bucks are really going for a run to beat the Toronto Raptors.

And last Friday showed us just how determined they were. The Bucks beat the Raptors 125-103 to get a 2-0 lead in the finals for the Eastern Conference. But will that be enough for the Bucks to get in a win? 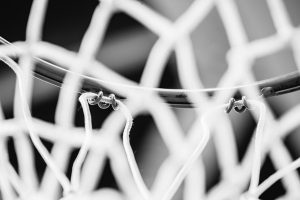 The Toronto Raptors have been cooking up something really good. And after a 2-win streak from the bucks, the Raptors fought hard. Hard enough that they now have 3 straight wins, with last night’s 105-99 a great game for those who were betting on the NBA. Game 6 will be tomorrow in Toronto, which gives the raptors a home court advantage that the Bucks probably need more.

Things could change, however. This is actually the first time throughout the season that the Bucks have had a 3-game losing streak. And they badly need a win if they want a shot at the finals. Their shooting and offense certainly show us that they can.

The Raptors, meanwhile, have to do better with their shooting, if they want a sure win tomorrow. They should also be able to defend and protect Kawhi Leonard, whose back-to-back three-point shots rallied the fans to a frenzy.