Sportsbook Golf News: Woods is Out of PGA

Sports betting fans may have lost a lot if they bet on Tiger Woods for the PGA Championship. As Woods is out of the running. As for bookies, well, their pph sportsbook golf wagers would have given them a great deal of money in the PGA. If you want to know how does a pay per head work, and how you can earn money, then there are a lot of resources to help you.

Today was a bad day for Tiger Woods. Woods has resurfaced as a top favorite to win the PGA Championship. Since after winning his first ever major since back in 2008. It got to the point where odds were pointing at Wood to be the top favorite to win every single majors title for the remainder of 2019. 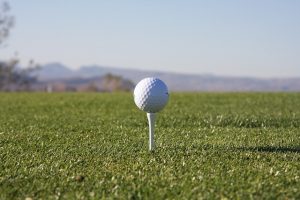 But everyone’s expectations turned out into a nightmare as they watched Woods miss the cut in round 2 at the PGA Championship. He started the round at +2, but as early on in the game, Woods was already struggling. He was only able to hit a fairway until the ninth hole. His best shot of the day came in on his third fairway in the 18th hole. It was the first time Woods smiled that day.

However, shot two of the last hole was bad, and he missed the green. He then had to make a long putt for a birdie, which he needed. Unfortunately, he missed to the left. Woods ended the day with 5-over 68. This is a stroke away from the +4 cut for the round. Thus ending any chance of Woods winning the majors this year, much less this one. As for the remaining golfers, Brooks Koepka remains to be the favorite with 5-under 68 round, which improves his overall ranking to -12. His odds to win is at -400. Dustin Johnson is next with +12 in the futures, followed by Spieth at +1400.