Bookie NBA: The Playoffs are Here

In our latest in NBA News, the NBA season is finally in the playoffs. Your bookie software will be coming in handy to help you manage the action that you will be getting in the next few weeks. Some may be disappointed that this will be a playoff season without LeBron James, but this just means a more exciting Eastern Conference for those who bet on the NBA.

But LeBron and the Lakers aside, let’s take a peek at the other teams in the NBA who are worth placing wagers on. We still have a few more games in each conference before we hit the finals. This means we have more options in terms of wagers that can be placed this season. 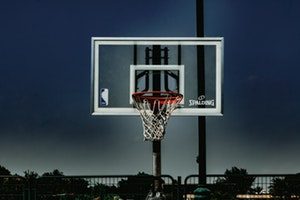 We cannot really start one list without the Golden State Warriors in it. The Warriors are in the top spot in the West, and they are in for a three-peat streak. So long as they can maintain their performance, as well as avoid any player injuries, this could happen. Of course, this may be questionable if the Warriors will face Oklahoma on a first round series, mostly for Kevin Durant. But the real fight will be between the Rockets, assuming Chris Paul does not get injured as well. At this point, health is wealth in the teams’ chances to clinch the West title.

Of course, the Denver Nuggets are in the list, too. You have players starting to put their names on the map. The postseason can either fast-track them to superstardom, or be a test of their skills as individuals and as a team. Of course, their inexperience could be a problem for them. But the eagerness to win could be a great point for players to start with.

The San Antonio Spurs will be in the playoffs without Manu, Tony, and Tim. A whole new roster had made them barely make it. But the diversity of the team can also make them a dangerous unknown in the postseason.

The Trail Blazers have been doing enough to get in. But similar to the Warriors, a healthy team will be their best chance to make it through the postseason. As for the Oklahoma City Thunder, they are unpredictable, but the uncertainness surrounding the team may be detrimental to their chances of getting far into the postseason.

As for the Houston Rockets, healthy players and performing players staying good will be crucial for their postseason chances. The Utah Jazz, however, will have better chances especially if they continue with their amazing defense.