Although many people enjoy competitive video games, don’t expect esports in Olympics any time soon. In fact, the International Olympic Committee said esports will not be a medal event despite its popularity.

The IOC told sports news outlets that esports suffer from licensing problems, violence in games, and fragmented governance. Although the IOC is reaching out to esports shareholders, the organization doesn’t see competitive video gaming in the Olympic Games.

In order to qualify as an Olympic event, a sport needs to have an official international governing group. However, esports doesn’t have a unified front. In fact, each game has its own community or governing body.

Future of Esports in Olympics 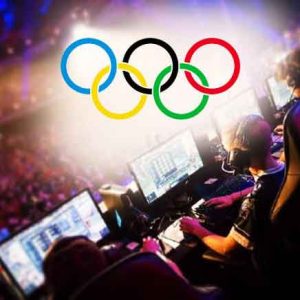 It will be hard to put esports in a single ruling body. In addition, it is difficult to regulate the different cultures and communities with the same set of rules. Also, video games have publishers that can lead to licensing problems. Broadcasters might need to buy broadcasting rights to air games.

Also, the IOC raised concerns about the violence in games. Some critics say most popular games are too bloody. While there’s no scientific link between violent behavior and violent games, the Olympics doesn’t want to take any chances.

Shooting games contradict Olympic values. As a result, the IOC can’t accept them to be part of the Olympic Games. To defend esports, supporters say that the Olympics hold medal events involving swordplay, shooting, archery, and even combat sports.

Advocates of esports said that video game events have a larger spectator following compared to the Olympic games. In recent years, there’s a decline in viewership of Olympic events, especially sports that are not popular among the younger audience.

At present, some bookies even specialize in esports. While there’s no official amount how much do bookies make during esports events, they do entice many wagers.

« Will We See A Bookie Presence in Texas Soon?
NHL chooses William Hill as an Official Sports Betting Partner »