The Edmonton Oilers get Anthony Stolarz in a trade with the Philadelphia Flyers. The former sent their goaltender Cam Talbot as part of the exchange. It was a one-for-one goaltender trade between the two teams.

Stolarz played 12 games for the Flyers in the current season. He has a 0.902 save percentage with a 4-3-3 record. However, sports news outlets question his health. In fact, he missed almost all the games last season due to a knee injury.

After the trade, the Flyers will be the first team in league history to have eight different netminders in a season. Talbot might make his debut for the Flyers on Sunday against Detroit. However, head coach Scott Gordon will still have the last say. 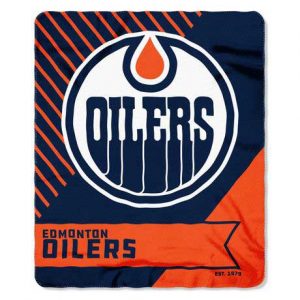 With just 19 games in the NHL in five years as a pro, Stolarz lacks experience. In fact, he spent most of the time with Philadelphia’s AHL team. In addition, he has surgery on his knees twice in the last 18 months. Also, he suffered a lower-body injury that kept him out for six weeks this season. Stolarz will be a restricted free agent in summer.

On the other hand, Talbot is in the last year of his contract with the Oilers. Fans expected him to be an unrestricted free after the team acquired Mikko Koskinen. In 31 games for the team this season, he has a 10-15-3 record and a save percentage of 0.893.

The Flyers is more likely to re-sign Talbot. However, it depends on how he performs in the remaining regular season games. PPH bookie experts expect the team to offer him a two-year contract that’s worth between $2.5 million and $3.5 million.

The Flyers have four goaltenders on its roster with Brian Elliot in a conditioning stint. Once he gets back, the team will place Mike McKenna on waivers. If he clears, the team will likely send him to the AHL.