Recent sports news is full of two things: the NFL, and the NBA. But before the craziness that the Super Bowl brings, we thought it would be great to take a step back and check out how the teams are doing in the 2019 season in the NBA. PricePerPlayer.com Pay Per Head bookies have a healthy amount of futures action and we should review the odds for the teams who are most likely to make it to the championships.

Technically, the season is past halfway through the season since they have all played more than 41 games each. So far, there has not been any major changes in rankings in the top of the league. So the chances of something major happening will be low, unless someone gets injured. Of course, nobody wants that. 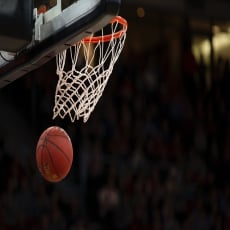 Of course, the Golden State Warriors are at -190 to win their fourth out of five seasons. Their chances are better now that DeMarcus Cousins is back playing. The starting lineup of the Warriors is somewhat an all-star lineup, with Cousins, Curry, Thompson, Durant and Green. Aside from the Warriors, there are only a few teams whose odds are under +1000. These are the Toronto Raptors with +650, as well as the Boston Celtics with +950. The Milwaukee Bucks, despite a good record, are only at +1200. Despite having Antetokounmpo, the Bucks have no one else to help the team move forward to the finals, especially compared to the lineup of other teams.

We cannot end a report without mentioning LeBron James, who is now joined by Lonzo Ball in the injured players list of the Los Angeles Lakers. The team is currently on +1800. Looking at a possible James-less postseason is hard, but it is a small possibility. As for the Warriors, the biggest threat they have in the Western Conference record-wise could be the Denver Nuggets, who are at +2500. Their home record is amazing, but their away games are quite dismal.