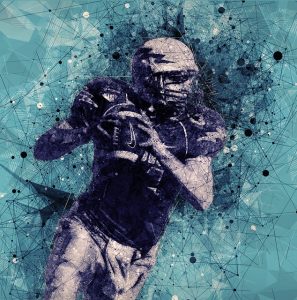 Sports betting is enjoying a great surge in popularity, mainly due to its legalization in a lot of countries. The best pay per head sportsbook can help bookies rake in a lot of money on a weekly, even daily basis. A lot of people in the sports industry acknowledge that sports betting could be a new way to generate income. Also, partnerships are being formed.

In the case of the US, the NBA was the first league to partner with a sports betting operator, and it happened just a few months ago. Some sports league are snubbing the industry, while some, like the MLB, want their cut in the revenues.

New York Jets and the MGM

The latest official gaming partnership to come up is the partnership between the New York Jets of the National Football League (NFL), and MGM Resorts. This is a multi-year agreement that they call unique. Its one-of-its-kind status, they attribute to the detail given on the partnership.

Of course, branding and advertising comes in with signages, displays, and other branding and marketing and merchandising opportunities. They will also have a predictive game in the Jets App called I Called It. This is a free to play game with pre-game and in-play modes. Those who play the app can win non-cash prizes for now.

This aspect of the partnership will allow MGM and its gaming brand Play MGM to promote their platform and apps to a lot of football fans. But the MGM is not the only company that the Jets have partnered with. Earlier in the week, the news that the Jets have a new official team sponsor emerged. 888 holdings, an online gambling operator, is their new sponsor, and that they have the license to provide sports betting services in New Jersey. This is, of course, where the Jets play their home games.