Will the Dodgers Get Back and Beat the Red Sox? 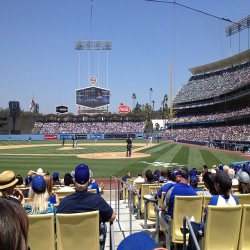 Tonight, the World Series will resume in Los Angeles, and the question that everyone is asking, is if the Dodgers can win against the Red Sox? Tonight, is a particularly interesting game for those who bet on baseball – can you imagine the amount of wagers bookies are getting now? If you still want in on the action, you can try a bookie pph service free trial to see just how much a bookie can earn from baseball alone.

Boston Red Sox is 2-0. The Dodgers will play at home, but will that be enough for them to actually get a win tonight? In sports betting, we always look at the numbers beyond the odds. We look at statistics as well. And based on what we have now, what do the numbers say?

Historically, taking a 2-0 in the World Series has happened 54 times, and 43 of those have gone to win the title. The last 10 times that this has happened, all of those teams won. And if the numbers are speaking for the Red Sox, its not only the wins that we look at.

Out of the 38 teams who have won their first 2 games at home, 31 of them won the series. And the 54 teams we mentioned earlier? 21 of them who have gotten 2-0 have continued on to sweep the entire series.

Now lets look at this from the other side. Getting back from 0-2 is not entirely impossible. The Yankees got out against the Braves back in 1996. And the last time this happened to the Dodgers, was back in 1981, in a 0-2 with the 3rd going home, the Dodgers beat the Yankees.

And it has happened to the Dodgers three times: 1955, 1965, and 1981. Granted, the players and the game are totally different from all those years ago, but it does show there is a sliver of hope for those who want the Dodgers to win.