Sports Betting Bill will get another Vote in Michigan Legislature 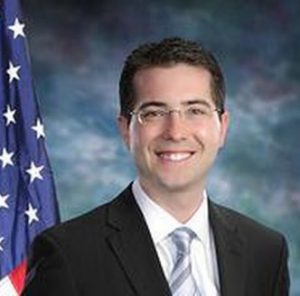 Now that states can legalize sports betting, Michiganders may be able to bet on sports later this year. The State of Michigan currently has three bills pending that would legalize sports betting within its borders.  In addition, State Representative, Brandt Iden believes that the Sports Betting Bill will get another Vote in Michigan Legislature.

Iden, the main proponent to legalize internet sports wagering said the odds are good that the bills will pass. Furthermore, he believes that this year, residents of Michigan will be able to bet on college and pro sporting events. However, an issue has come to the table with the fantasy sports industry because it may get classified as gambling.

Even though sports betting software experts agree that fantasy sports is not gambling, other lawmakers were not so sure.  This is because Fantasy Sports does not involve actual betting on games.  Instead, it is based on statistics from players on teams that they have created as part of the game.

Going off-topic, the suggested Fantasy Sports Bill would regulate Fantasy Sports in Michigan.  In addition, it would charge a $5,000 licensing fee with a $1,000 yearly renewal fee.  The Michigan legislature did not get to vote on it last week but is expected to come up again in June.

Michigan has been trying to legalize sports betting since 2015 with Representative Kosowski at the forefront of the battle. In 2017, Iden’s Lawful Internet Gaming Act (H4926) has been the first bill to make it pass the Committee on Regulatory Reform.

The bill would, “permit an internet gaming licensee to conduct internet wagering” on any amateur or professional sporting event or contest”. Of course, this would only take place if internet wagering is not prohibited by federal law.”

Even though the Bill did not pass a few weeks ago, Iden is confident that it will eventually happen. The main opposition came from the state’s tribal gaming interests but believes he can get enough support next time around.

His goal is to get the bill through the House of Representative before the legislature breaks for the summer.