This year’s NCAA Basketball Tournament Sweet 16 Round was off to a great start last Thursday.  We got to see a few upsets, a few blowouts and the season being over for several teams. Tonight, we get to see which other teams will make it to the Elite Eight. Before we do, let’s go over what happened last night in our March Madness Sweet 16 Update. 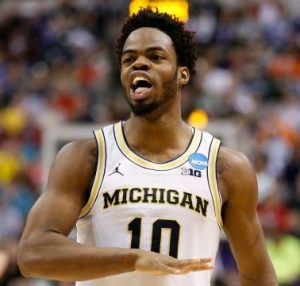 Michigan played a hell of a game last night when they defeated Texas A&M in Los Angeles 99-72.  The wolverines did everything right while on the court shooting 61% from the floor, 14 three pointers and 21 assists.  In the end, they ended up with a blowout win leading to their third Elite Eight in six years.

Loyola Chicago (No. 11) keeps on Surviving

Loyola Chicago keeps surprising us every time they play.  This time they did it by defeating Nevada (No. 7) 69-68.  The game was close but Loyola Chicago played smart as they took their time finding the perfect shot.  It was a close game but in the end, The Ramblers took the victory thanks to a three point shot from Custer.

Anyone who watched this match-up will tell you that the game was a mess.  The referees whistled 51 fouls which included 5 players being disqualified with five fouls.  Kentucky missed they chance for a win as they had 37 shots at the free throw line and managed to only score 23 points.

In the end, Kansas State scored during the final minute of the game sealing a 61-58 victory over Kentucky.

Most sports betting software companies never expected to see these two teams advance to the Elite Eight but Florida State managed to do it. Gonzaga lost one of their top player just minutes before the game started leaving them in a bad position. Moments before the tip off, forward Killian Tillie was ruled out due to a hip injury.

This proved to be fatal for Gonzaga as Florida State dominated the game in a man-to-man match-up.  In the end, Florida State walked away a winner thanks to a strong defense.  They finished the game with blocked shots and keeping Gonzaga to just 5 of 20 from outside the arc.

Looking for a Bookie Pay Per Head Provider? PricePerPlayer.com can help with the best sportsbook software on the market at an affordable price.