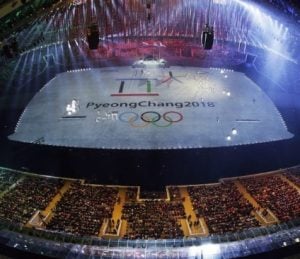 This year the road leading to the Winter Olympic has been filled with drama from Russian athletes once again getting banned from the Olympics for doping and to the lack of NHL players. Betting on the Winter Olympics is not as popular as football or baseball.  However, many bettors are still looking forward to getting a 2018 Winter Olympic Betting Update to see which country will rise to the top.

The county of Pyeongchang in South Korea is ready to host the Olympics. This year, the opening ceremony will take place on Friday, Feb. 9, 2018 at 11pm ET.

For those looking to do some live betting on the Winter Olympics, you will be staying up late at night as the events are really late in the Western hemisphere this year.  The sports handicappers expect to see more Winter Olympic betting this year as a way to make up for thus year’s Super Bowl letdown.

This year will also be different for the Men’s Ice Hockey event as NHL players are ineligible to compete.  This means that you will be seeing a lot of players from the colleges and from the Continental Hockey league (KHL).

The online bookies however feel that Norway or Germany will finish with the most medals this year.  Norway is currently at +150 while Germany is at +160.

On the Men’s Ice Hockey side which will take place at Gangneung Hockey Centre, Kwandong Hockey Centre, the Russian team is the favorite to win gold at +100.  Afterwards, the odds favor Canada at+450 and then by Sweden at +450 as well.

The figure skating event will take place at the Gangneung Ice arena between February 9-23.  Figure skating is always a popular event with Yuzuru Hanya from Japan as the +175 favorite to take the men’s gold medal.  On the women’s side, Evgenia Medvedeva from Russia is the favorite to win the gold medal at +100.

When it comes to the Super-Giant Slalom skiing event, we look at Aksel Lund Svindal from Norway to take the gold at +275 in the men’s event.  On the Women’s side, U.S. fans are looking at Lindsey Von to take gold at +300.  Oddly enough, Vonn is the favorite to win even though she missed the 2014 Winter Olympics and the Super-G 2017 world championship due to a knee injury.

They are several more events we could talk about but time I short.  So check out our favorite sportsbook for more odds and if you are looking for the best sports betting software in the industry, check out our services!