Super Bowl LII is just a week away one of the best part of betting on the Super Bowl are the prop bets.  The Top Super Bowl LII Prop bets are usually the ones that are fun while adding to the excitement of the game. The larger sportsbook are planning to have well over 300 proposition bets according to PricePerPlayer.com, which is arguably the best sports betting software company in the world. 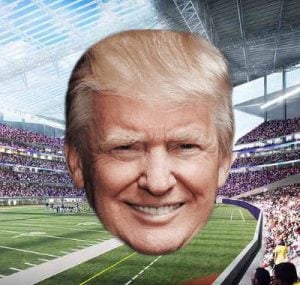 This year the coin toss is making many people wonder about the 50/50 odds of landing on heads or tail.  That is because in the last 4 Super Bowl, the coin toss has landed on tails and the 5 previous before it landed on “heads”.

Which Team will Win the Coin Toss: -105 for both the Eagles and the Patriots

Another prop bet that is based on the coin toss is which team will win the coin toss.  For the people that believe in patterns, keep in mind that the Patriots have lost the coin toss in 6 of their last7 Super Bowl appearance.

How Long will the National Anthem last:

On the topic of Pink, here is another fun one, what color hair will Pink have when she performs the National Anthem?

Super Bowl LII Prop Bets that Make you go what!

In order for a successful bookie operation to offer several hundred prop bets, they must come up with some pretty outrageous bets.  Some of them seem like fun bets to talk about at the bar.  Others just make you go hum…

How many times will Al Michaels and Chris Collinsworth say “dynasty”?

Will the team that scores first win the game?

Will a player leave the game and not return due to concussion symptoms?

Will Tom Brady be wearing a bandage on his right hand?

Who will be the first player to score a touchdown?