Handicapping College Basketball teams at the beginning of the season is one of the hardest tasks of the entire year for a year-round sports bettor. The combination of the vast number of teams (roughly 350) along with early entry to the NBA for the top players after just one year of college leads to a continuous turnover from season to season for the top teams in the country, and a near-impossible task of keeping track of everyone else. 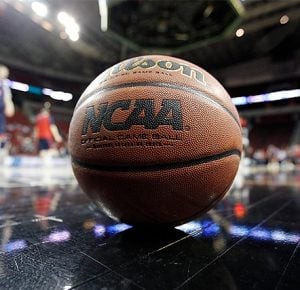 Fortunately, many of the better teams will square off against each other early in the season so we can see how they match up against quality competition. Tuesday night, for example, sees a pair of marquee matchups when Duke faces Michigan State and Kansas squares off against Kentucky. Online sportsbooks and the best sports betting software list both higher-ranked teams (Kansas and Kentucky) as small favorites in those games.

Using the AP Top 25 Basketball Poll as a basis for judging how good teams really are early in the season is pretty much the baseline for most college basketball bettors. Of course, this leads to inflated lines for these ranked teams, and therefore the line value will usually lie with the underdog.

Also, more than any other sports, the usual suspects tend to stay at the top of the mountain in College Basketball year after year. You don’t need to check the rankings to find out if Duke, North Carolina, Kentucky, Kansas, and Michigan State are ranked. They always are, and they continue to be over the next several years.

With high roster turnover, the best way to judge these teams is by judging them on past years performances. What we are basically doing here is seeing how a head coach has his team prepared at the start of the year, and whether or not these teams have a tendency to cover the pointspread early in the season (or not).

Our strategy early in the season is to hold off on laying or taking big points in early season non-conference mismatches, and instead play the games involving two teams from power conferences. There are plenty of early-season tournaments along with inter-conference matchups like the Big Ten ACC Challenge that gives us the opportunity to handicap teams we at least have an idea of who they are based on last year.

Of course, the best way to get acclimated to the teams early in the season is to watch as many games as possible. College Basketball is on every night of the week and carried on more than a few networks. Keep in mind the rest factor during tournaments (some teams will play two or three days in a row) and don’t take the rankings on face value.

We’ll check in throughout the season with more College Basketball betting tips as we head towards March Madness.