Basketball Betting Tutorial: How to Bet on the NBA

Now that the basketball season is in full swing we thought it was time for everyone to brush up on the NBA betting.  Basketball, more than any other sport, offers a unique advantage to a small-to-medium sized favorite. Because teams within a few possessions will foul the opposing team and send them to the free throw line, teams that are winning close games often times have an advantage to pad their winning margin – as long as they make their free throws. 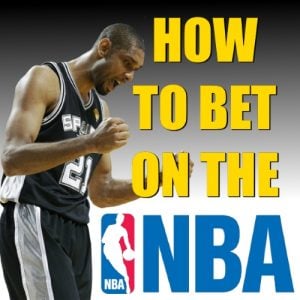 With this in mind, we can handicap NBA basketball games with smaller lines with a different approach to other games – simply trying to handicap the team that will win outright. The small pointspread should take care of itself.

This is what a typical NBA Betting line will look like

Other factors to consider when betting on the NBA  is travel and rest. The NBA will often have teams playing games in back-to-back nights, and sometimes even four games in five nights. Playing four games in five nights will wear down anybody – even the best athletes in the world. Adding travel and opponents that tend to play at a faster game pace (such as Golden State) can reveal some ideal spots to fade a team in that situation.

One thing to avoid when betting on the NBA is to back heavy favorites. When NBA teams build a huge lead, they will often times rest their starters late and don’t really have much incentive to play tough defense – instead looking ahead to their next game and trying to leave the court injury free. This gives the opponent plenty of time to make up the point differential and cover a big number. Heavy NBA favorites also fall into a “lookahead” trap – not taking their opponent seriously. Of course, sometimes these big favorites do pull away and win big.

The NBA more than any other sport is driven by their star players, who have a much more influential impact on the game than in other sports (possibly quarterbacks in football being the exception). When these start players are injured or miss games due to rest, then not only are they losing a key part of their offense but also the main focal point of their offensive scheme overall. This is a great time to fade a team – even an elite team – against a bad opponent.

Keep these NBA betting tips in mind when you wager on the NBA this season.

How to Bet on the NBA