Week 3 of the 2017-18 NFL season was a complete off field fiasco thanks to several people and organizations we will not mention as we just want to stick to sports.  Last night’s Monday Night football was not the most exciting of games but it was interesting to watch the Cowboys beat the 28017. 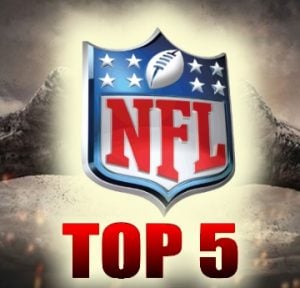 The Falcons make the list as our top team with a 2017 Record: 3-0.  Matt Ryan has once again shown the league why he is the starting QB for the Falcons and why he was name the NFL’s Most Valuable Player in 2016.

Ryan had a total of 309 pass attempts with no interception thanks to three thrown picks in a span of 15 passes last Sunday leading to a 30-26 victory against the Detroit Lions.  The Falcons are looking good this year and are known for having long winning streaks which could lead to another Super Bowl  game.

The Kansas City Chiefs are have really shown themselves as a contender for the Super Bowl this season and people are starting to notice.  After Week 2, many believed that their winning high would be stopped in Week 3 but they proved everybody wrong.

Alex Smith made a league best with 77% pass completion leading the NFL with three touchdowns on passes thrown 30 or more yards.  Once again, they are many experts that do not believe they can keep the momentum going in Week 4but so far, they have beaten the odds as one of the few undefeated teams in the NFL this season.

There is no denying that the Patriots are has been and remain the top team in the NFL for the past few years.  This season however, the Patriots have not looked like a Super Bowl champion team.  Brady was able to lead his team to victory against the Texans but it was a close call.

Brady has yet to throw an interception this season but can he keep carrying the team considering they have the worst defense in points allowed so far.

Aaron Rodgers however, was able to save the day thanks to his fifth consecutive 300 yard passing game leading the Packers to a 24-27 win over the Bengals.  If the Packers want to stay in our top 5 NFL Power Ranking list, he will have to up his game when they take on the Bears this Thursday.

Even though the Broncos took a 16-26 loss against the Bills last Sunday, they are still a favorite powerhouse for many handicappers.  Mistakes were made and as long as they are not repeated they still have a chance to remain in the top 5.

Overall, they are still the team that has allowed the fewest point per game and we are counting on it to take down the Raiders this week.

« NFL Betting Tutorial: How to Bet on the NFL
NFL Week 4 Recap and injury report »